As Chuck and I were developing the materials found here at Integrative Economy, it was clear that one of the biggest challenges would be the changing role of work in our lives. The success of one hundred years of knowledge accumulation, technology advances and business efficiencies is resulting in a stark reality–we can get a lot of work done with a lot less people!

Books such as Don Tapscott’s “The Digital Economy” or Martin Ford’s “Rise of the Robots: Technology and the threat of a jobless future” bring forth this view. And for many, this triggers fear and great angst.  But as we looked at the bigger picture of the change from the Industrial economy to an Integrative Economy, we saw great potential.  But one thing that was going to be very necessary if we were to make this transition effectively was the fostering of whole person development resulting in the capacity for personal resiliency. Those who will be successful in the future are those who operate from a strong SELF that is able to adapt to an ever-changing world.  They will be proactive and solutions focused and realize that attachment to old systems would be unsustainable in their life.

We are seeing this change before us now in 2016.  The labor participation rate since 1999 has been on a steady decline and has no end in site. In 1999, 67.8% of all adults available for work were part of the labor pool.  Today, that has shrunk to 61.7%.  While the unemployment rate appears to have returned to the pre-2008 levels, it actually remains at 10% because many employed people have given up working altogether or are no longer making sufficient income as they had before the 2008 crash.

This transition will not be easy as we build the next economy. But a person who has learned how to own their SELF has a much better chance at navigating this transition. Using wholeness as a framework enables a person to reset “work” as just one aspect of their life journey.  Wholeness lets us know that we will have many other areas of our life to focus on and this personal resiliency sets us up for success in life–and future work. 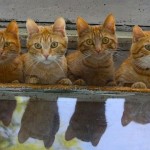 None of us knows exactly what the future is going to be. But we predict that a person who creates their life through the lens of wholeness will be far more prepared. Then when one piece changes (work) their resiliency will kick in and they’ll find other ways to fill their lives and participate in an Integrative Economy!